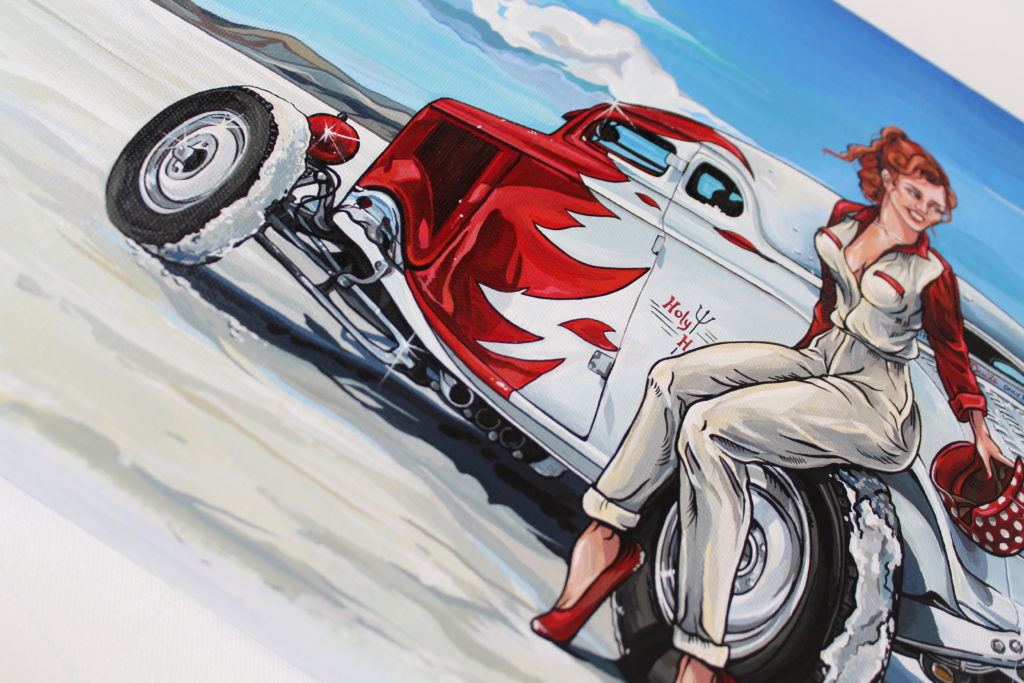 The Bonneville Salt Flats is one of the most unique natural features in Utah, stretching over 30,000 acres. Bonneville Speedway (also known as the Bonneville Salt Flats Race Track) is an area northeast of Wendover, Utah, first marked for motorsports in 1912. The salt flats however, were first discovered to be drivable when a man by the name of Bill Rishel and two of his business partners drove a Pierce-Arrow car across the salt in 1907. The racing flats did not become truly popular until the 1930s when Ab Jenkins and Sir Malcolm Campbell competed to set land speed records.

Today, large public meets such as Speed Week run as many as four tracks wide with several timed miles, usually starting with the second mile and running to the fifth mile. Numerous land speed records in various vehicle categories and classes have been set on the Bonneville Speed Way. In 1960, Mickey Thompson became the first American to break the 400 miles per hour barrier, hitting 406.60 miles per hour surpassing John Cobb’s 1947 one-way Land speed record of 403 miles per hour.

One of my favorite land speed record stories is that of New Zealand native, Herbert James “Burt”, famous for setting a world speed record, at Bonneville, August 1967 at age 68 riding a 47-year-old motorcycle. I created a portrait in his memory in pen and ink. You may purchase a limited edition signed and numbered here. I encourage to you to check out the movie, “The World’s Fastest Indian” to see a humorous and inspiring recount of Burt’s story played by Anthony Hopkins.

The Bonneville Salt Flats Race Track is listed on the National Register of Historic Places and it’s origin story features some of the biggest names in racing today including Pierce-Arrow, So-Cal Speed Shop, and Edelbrock. For an extensive account on the rich history of the Bonneville track, please check out this blog! 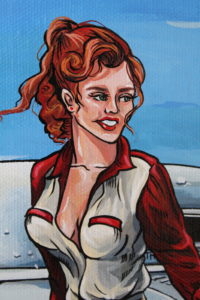 This painting was inspired by a stunning photo taken by Mike Mossi of Lucky Shot Images of Dale Seaholm’s coupe called, “Holly Hell”. It was a dream to interpret Mike’s striking photography into a painting. The bright red flame shapes of the car in contrast to the cool colors of the Bonneville Salt Flats in the background is what initially drew me to use this photo and car as the focal point in my Bonneville Flats painting. I underestimated the challenge it would be to recreate a white colored car in enamels on canvas. In studying the white car as I worked on the painting, I learned that white cars actually reflect the many colors of their surrounding environment. With that in mind, I actually used very little white paint in the painting of the couple, rather a combinations of many mixed colors. 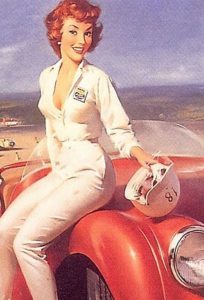 There are small details in the painting that I incorporated to include my love for the history of both The Bonneville Salt Flats and women in the racing industry. The pin-up girl was modeled after a photo of a model taken by Trent Sherill photography and a retro advertisement for NASCAR that featured a Gil Elvgren painted pin-up girl. In her hand, you’ll see a polka dot helmet.

I painted this into my design to honor the many women that race at the Bonneville Salt Flats, in particular, the late Jessi Combs, known as The Fastest Women on Four Wheels. Although Jessi did not famously race at Bonneville Salt Flats, she does hold the number one world land speed record which she set at Alvord Desert, Oregon, before her tragic and untimely death in 2019. Behind the foreground in the painting, if you look closely,  you’ll see a small tribute to my favorite land speed story (as mentioned above) featuring Burt Munro and his record setting Indian motorcycle. 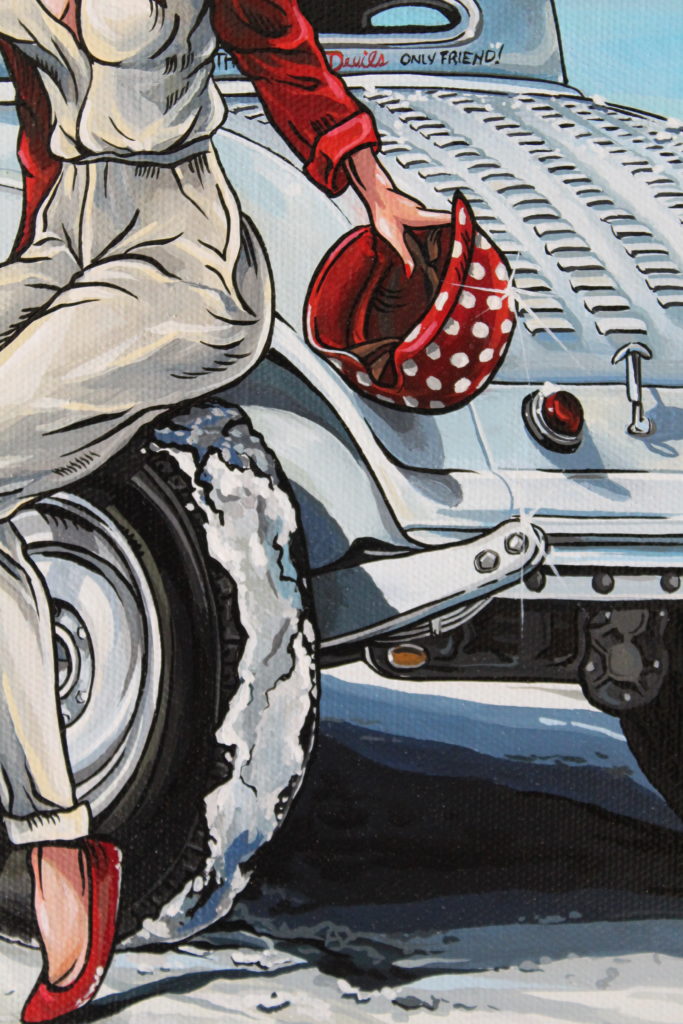 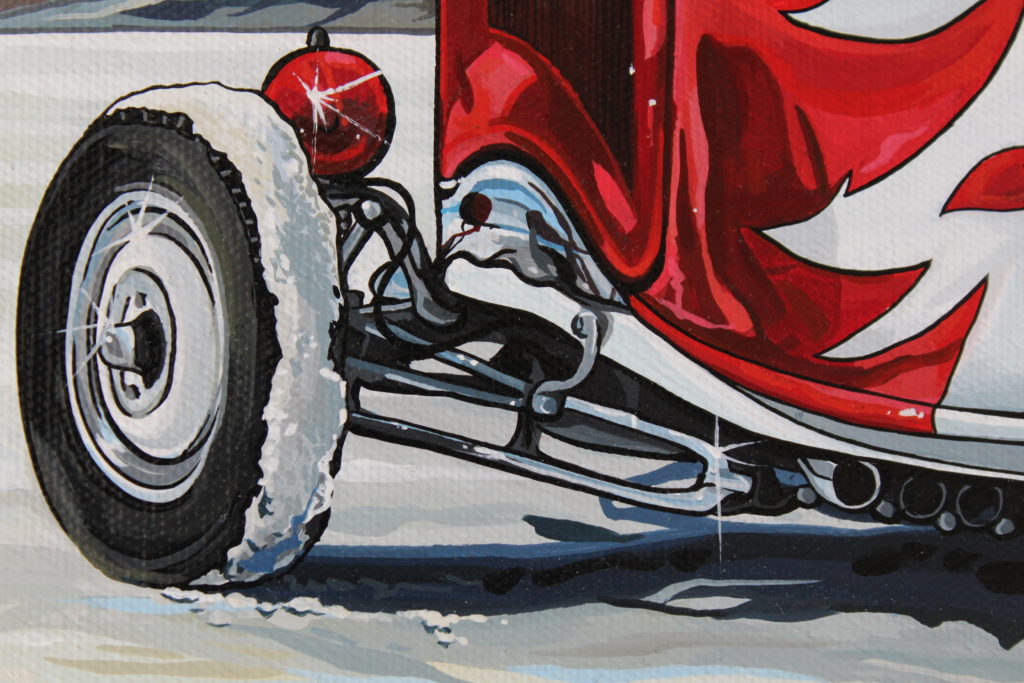 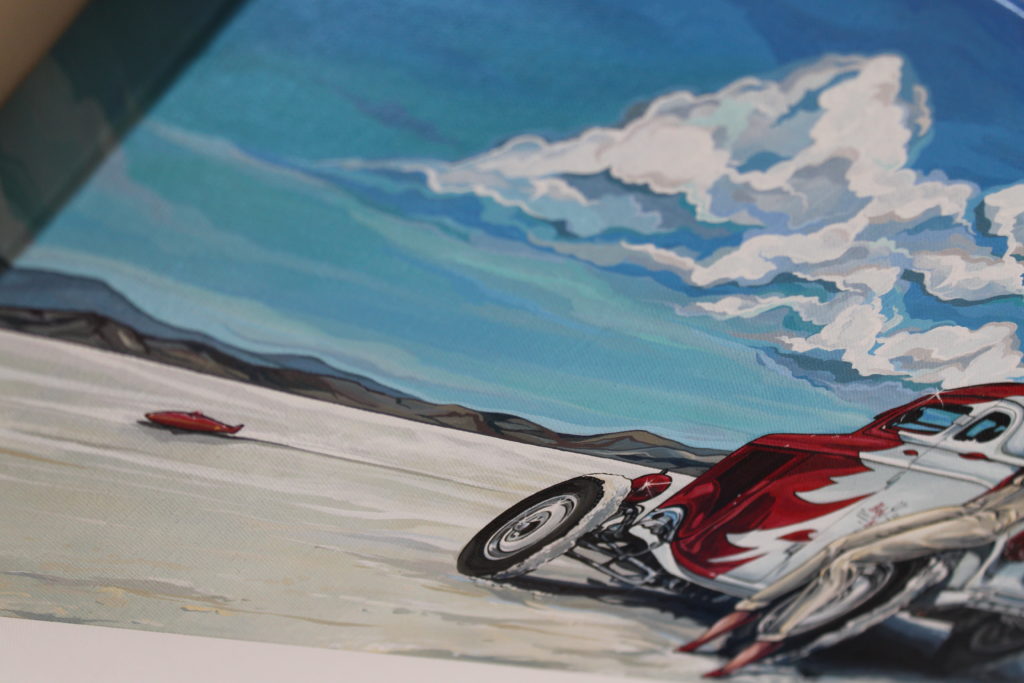 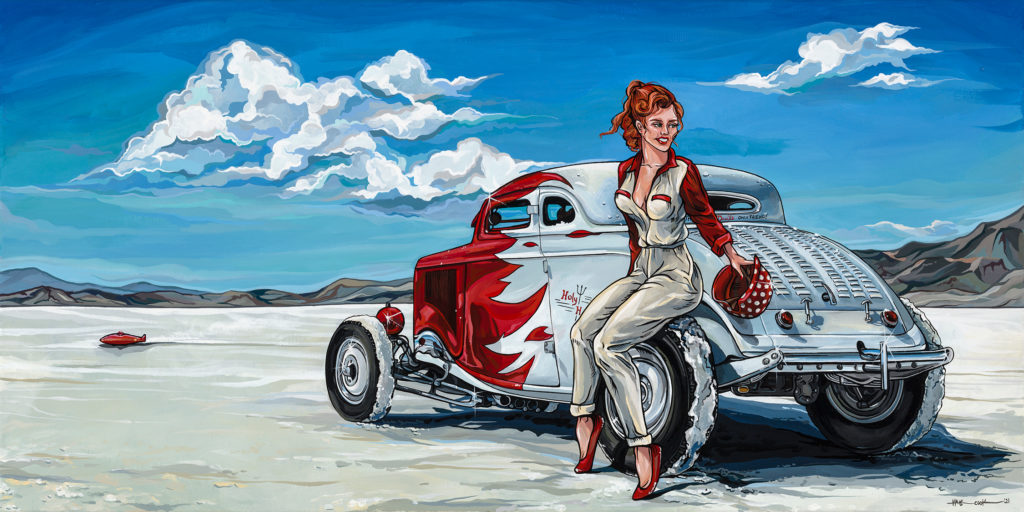 The final “Bonneville Salt Flats” Painting. Become a “She’s Been Everywhere Insider” here, and subscribe to my newsletter! 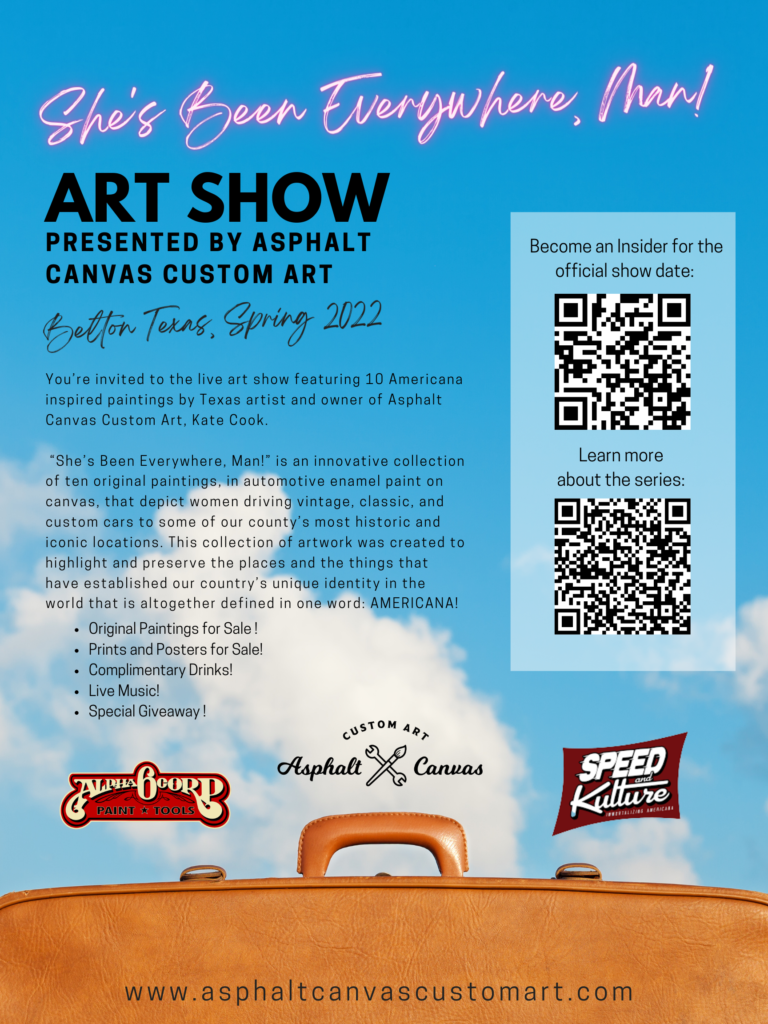