Honoring and Empowering the American Tradesperson 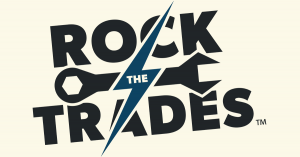 I’m excited to announce my newest custom art collaboration with Barbie the Welder and Rock the Trades by Surehand.

Barbie the Welder is a trades advocate for kids and adults alike. As some of you know, I had the absolute pleasure of designing her logo which she revealed at the Miller Welders booth during SEMA 2018. 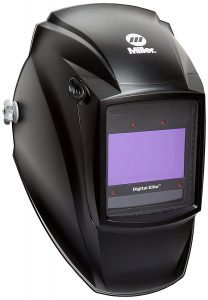 She has since teamed up with Rock the Trades™ workforce development which is an initiative dedicated to celebrating the American industrial worker. Their goal is to raise awareness of the skilled trades as a rewarding career path to benefit high school students wanting a career in the trades industry. Surehand is the skills-first hiring platform that instantly matches industrial employers with best-fit tradespeople.

Barbie and I will work together to design a custom, hand painted and official Barbie the Welder | Rock the Trades welding helmet. This welding helmet will be given away to one lucky winner later this year. You can follow along with the custom creation of the helmet by following @asphaltcanvascustoms on Instagram and Facebook. Head over to Rock the Trades to grab some FREE stickers to help spread the word!

What are skilled trades you ask??

According to Wikipedia a tradesman, skilled tradesman, or trade refers to a skilled worker who specializes in a particular occupation that requires work experience, on-the-job training, and often formal vocational education, but not a bachelor’s degree. Some more popular trades include the welder, iron worker, electrician, plumber, carpenter, and mechanic.

My Family’s History in the Skilled Trades

Spreading the word about the rewarding career path a skilled trade can offer is special to me because I come from a long line of uniquely trained trade workers including my great, great grandfather who was a blacksmith, and my Great Grandpa and Grandpa George, who were both tool and die machinists. My Great Grandfather on my mother’s side was a farmer in Illinois. My Gramma Gladys worked for a small period of time on an assembly line building flight training simulators called Link Trainers (like what they used to train pilots during WWII) in the 1950’s. My Grammie was a professional beautician. My dad also had a 30 year career as a former Master Sergeant Crew Chief aviation mechanic in the United States Air Force. My little brother is a highly skilled mechanic as well, specializing in wiring, at an award winning automotive restoration shop called Cimtex Rods. My husband works in the skilled trade industry as a licensed Funeral Director, Embalmer, and Grave Digger. His dad works in the oil field industry. All of these people in my family have built honorable careers and successfully supported themselves and their families with their learned trades. I strongly support these kinds of trades and believe they should be introduced as a viable career path options for high school students early on, and that is what Rock the Trades is all about! 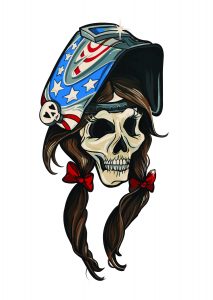 I’m excited to work with Barbie to design the official Barbie the Welder welding helmet for Rock the Trades and Surehand. Stay tuned!